Tenerife is known internationally as the “Island of Eternal Spring” (Isla de la Eterna Primavera). The island, being on a latitude of the Sahara Desert, enjoys a warm climate year-round with an average of 20° – 22 °C in the winter and 26° – 28 °C in the summer and high sunshine totals. The moderate climate of Tenerife is controlled to a great extent by the tradewinds, whose humidity, principally, is condensed over the north and northeast of the island, creating cloud banks that range between 600 and 1,800 meters in height. The cold sea currents of the Canary Islands, also have a cooling effect on the coasts and its beaches and the topography of the landscape plays a role in climatic differences on the island with its many valleys.

Major climatic contrasts on the island are highly evident especially during the winter months when it is possible to enjoy the warm sunshine on the coast and experience snow within just miles, 3000 metres above sea level on Teide.  There are also major contrasts at low altitude, where the climate ranges from arid on the southeastern side represented by Santa Cruz de Tenerife to Mediterranean on the northwestern side in Buenaventura del Norte and La Orotava.

The north and the south of Tenerife similarly have different climatic characteristics. The windward northwestern side of the island receives 73% of all precipitation on the island, and the relative humidity of the air is superior and the insolation inferior. The pluviometric maximums are registered on the windward side at an average altitude of between 1,000 and 1,200 metres, almost exclusively in the La Orotava mountain range.  However, although climatic differences in rainfall and sunshine on the island exist, overall annual precipitation is low and the summer months from May to September are normally completely dry. Rainfall, akin to Southern California, can also be extremely erratic from one year to another.

There are so many places to go and visit and local restaurants to see , see the real Tenerife use a NOW vehicle and explore the island VILAFLOR,MASCA ,LOS GIGANTES ,GARACHIO,ICOD,LA LAGUNA,LAS MERCEDES, TAGANANA,SANTA CRUZ, CANDELARIA AND OBVIOUSLY EL TEIDE or LA GOMERA ,EL HIERRO,OR LA PALMA 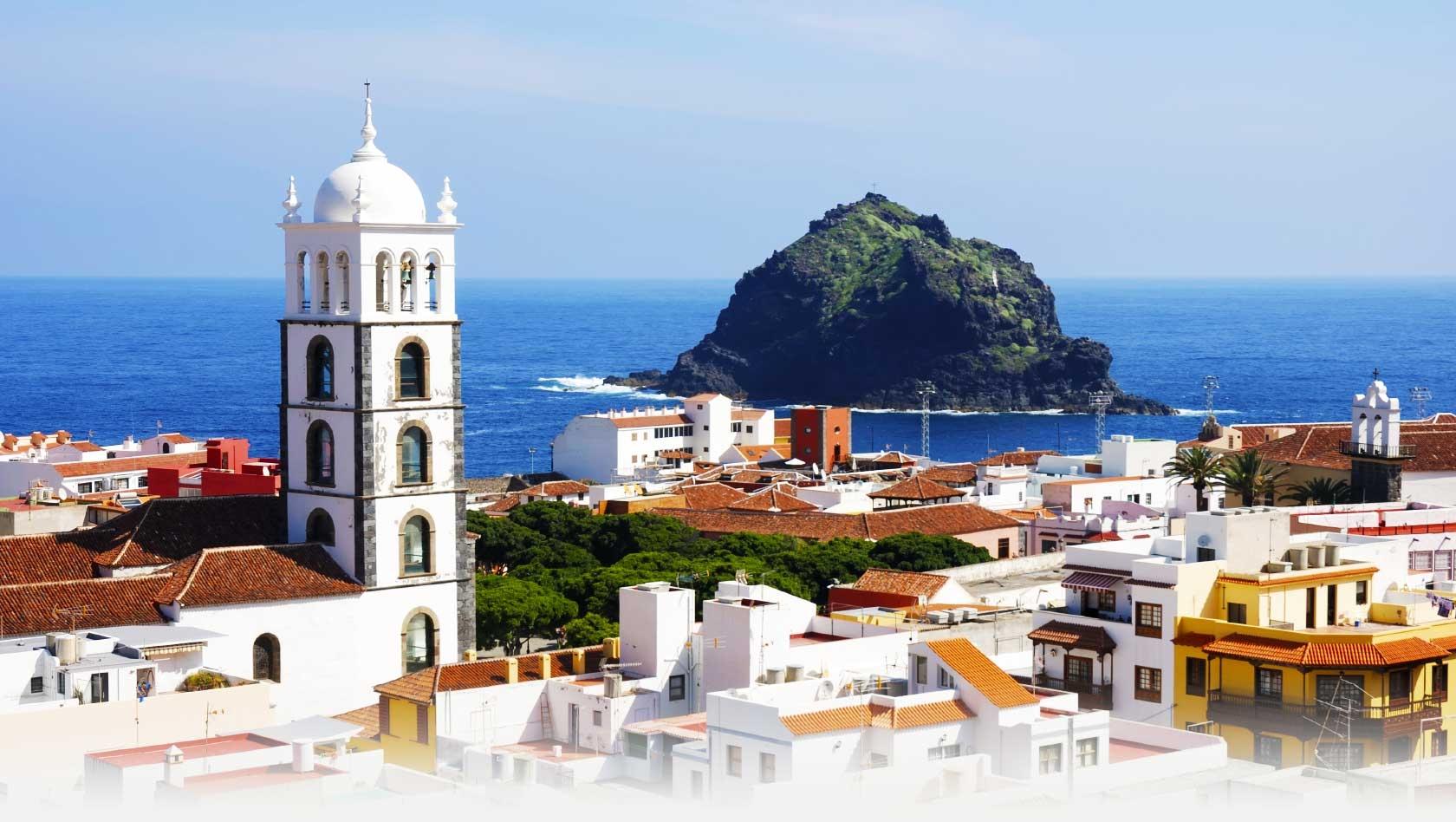