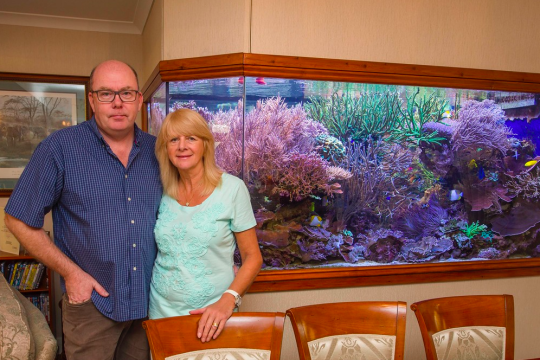 A man forced his wife and son to go on holiday for a few weeks so that he could demolish their home and install a huge fish tank that cost a staggering £150,000.

Martin Lakin shipped wife Kay and son James off to Tenerife for several weeks so that he could build a 5,000-litre aquarium in their three-bedroomed detached home to house 120 fish.

As soon as the plane had taken off, Martin set to work in making his fishy dream a reality – but it nearly DESTROYED the family’s home.

The project was so complex that his wife and son had to stay out for five months, as architects warned him the installation would make the building collapse. 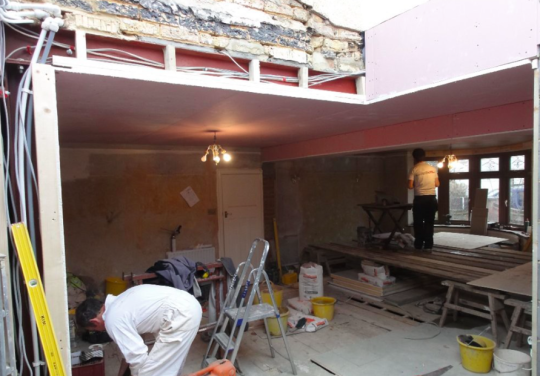 Remaining calm throughout, Kay, from Rochester, Kent went along with her husband’s plans.

She revealed: “Martin already had a huge fish tank but he wanted a bigger one and said he needed a bigger house to fit it in. I loved our house so didn’t want to move.

“So we compromised – he got a bigger tank in our current house.

“As it turns out, he got the fish tank he had wanted for a bigger property and redesigned our house around it.”

Fish fanatic Martin built a tank so large that both Kay and 15-year-old son James could swim in it, and it features an automated sun roof for the inhabitants. 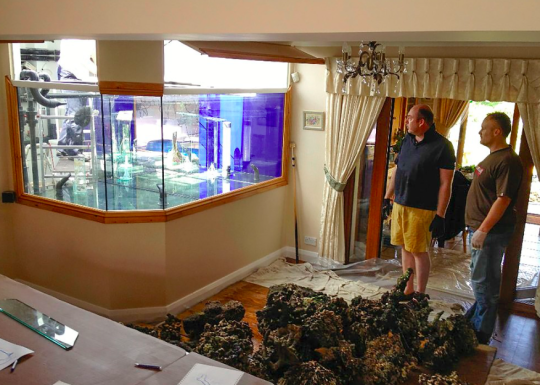 Martin had to install two giant steel joists the length and height of the house to support the tank after he moved the entire central wall to accommodate it.

The aquarium alone cost an eye-watering £50,000, but Martin spent another £100,000 on live coral, pumps and computers to keep it active and safe for the fish 24 hours a day.

He said: “I stopped counting once it went over £100,000. I’m sure it would be enough to buy a decent place with in itself.

“But you’ve got to be bold, butch and decisive to get these things done.” 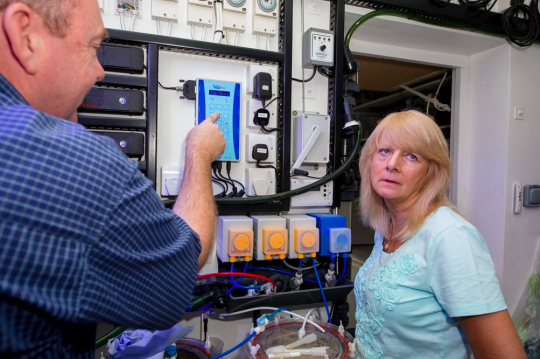 Facilities management consultant Martin will now need to spend out £200 a month on electricity for the tank, which, along with other expenses, will cost around £4,000 a year to maintain.

Kay has told Martin he cannot have a bigger tank but his pal Scott revealed: “What Kay doesn’t know is the existing one is only a temporary one for an even bigger tank that Martin dreams of.”