Carnival is celebrated in every town and village on the island, though the most spectacular are those in the capital of Santa Cruz and the resort town of Puerto de la Cruz.

Tenerife Island is one of the most popular holiday destinations in Spain and attracts a large number of tourists all year round.

However, only a few people know, that Carnival in Tenerife is something very special.

Right after the famous Carnival of Rio de Janeiro, Tenerife is on the second place, when it comes to spectacular Carnival events.

Just like in Brazil, Salsa and Samba Rhythms accompany the colourful Carnival procession in Tenerife.

Tenerife’s carnival season gets under way in february, with events all over the island. 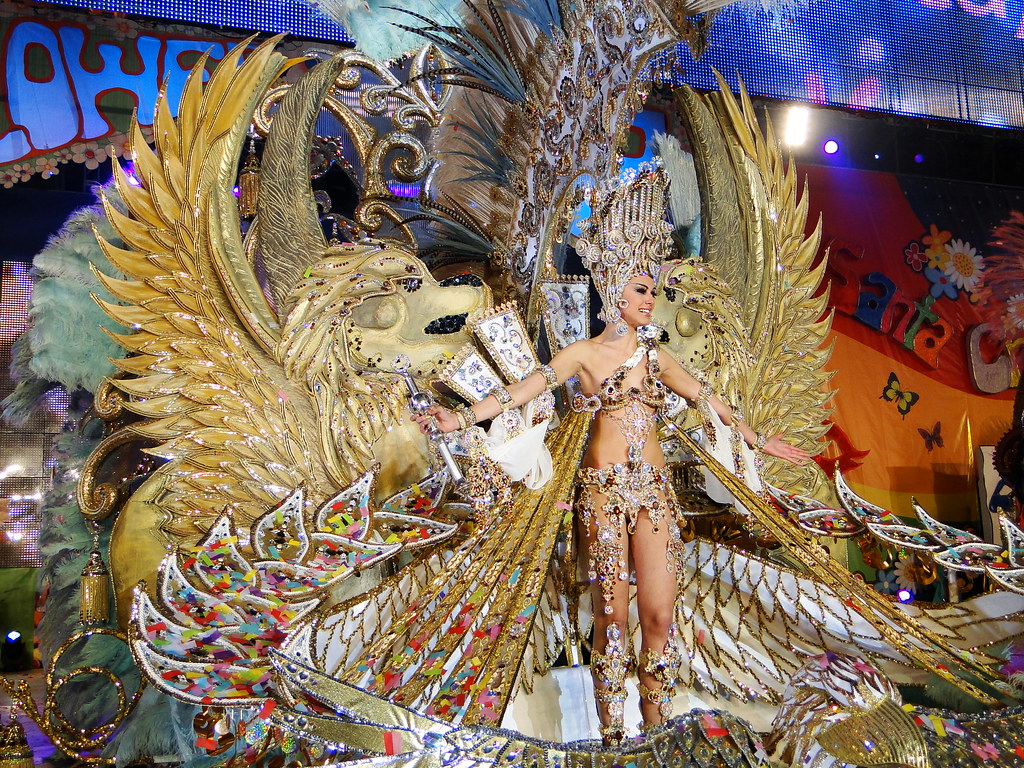 Santa Cruz and the Island dress up in fantasy with the arrival of Carnival, which will fill the streets of the capital, day and night, with rhythm, colour and fiesta until Sunday the 14th of February.
Carnival brings a new date of rhythm, colour, and ultimately, the unique flavour of a festival that is born in the heart of Santa Cruz de Tenerife and is exported to people all over the world, who watch in amazement the non-stop list of shows that carry on one after the other from early February.
Election galas for the child, adult and senior citizen Queens, the children’s and adult murgas” contests, the carnival krewes “and musical bands” Contests, band festivals and rondalla or carnival band events, street performances by orchestras and Carnival groups.
The Fiesta begins for real in the street with the celebration of the Grand Opening Parade to start the ball rolling..

If you need more information or need to organise a accommodation, or a car please contact Now Tenerife.

The carnival of Tenerife is a great spectacle, which you should’nt miss in any case, surely you will be impressed!